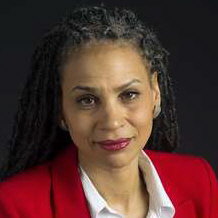 Maya Wiley joined The New School in 2016 as Senior Vice President for Social Justice to advance the university’s commitment to social justice, and as the Henry Cohen Professor of Public and Urban Policy at The New School’s Milano School of Policy, Management, and Environment. A nationally renowned expert on racial justice and equity, Maya has litigated, lobbied the U.S. Congress, and developed programs to transform structural racism in the U.S. and in South Africa. She is an expert on Digital Equity and founded and Co-Directs The New School’s Digital Equity Laboratory. Maya is also a Legal Analyst for NBC News and MSNBC and a frequent contributor to leading news outlets including Time Magazine, The Guardian, and Essence.com. Prior to The New School, Maya was Counsel to New York City Mayor Bill DeBlasio. As the Mayor’s chief legal advisor and a member of his Senior Cabinet, Ms. Wiley was placed at the helm of the Mayor’s commitment to expanding affordable broadband access across New York City, advancing civil and human rights and gender equity, and increasing the effectiveness of the City’s support for Minority/Women Owned Business Enterprises. She also served as the Mayor’s liaison to the Mayor’s Advisory Committee on the Judiciary. Ms. Wiley holds a J.D. from Columbia University School of Law and a B.A in psychology from Dartmouth College.