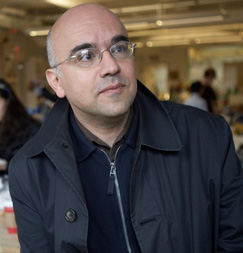 Miodrag Mitrasinovic is an architect, urbanist and author. Miodrag is an associate professor of Urbanism and Architecture at Parsons The New School for Design. He previously served as Dean of The School of Design Strategies (2009-12), and Chair of Urban and Transdisciplinary Design (2007-09). Miodrag’s research focuses on both generative capacity and infrastructural dimensions of public space, specifically at the intersections of public policy, urban and public design, and processes of privatization of public resources. He is the author of Total Landscape, Theme Parks, Public Space (Ashgate 2006), and co-editor of Travel, Space, Architecture (Ashgate 2009). Both books received Graham Foundation Grants in 2004 and 2006 respectively. His professional and scholarly work has been published internationally. He holds Ph.D. in Architecture from the University of Florida at Gainesville [1998], M.Arch from The Berlage Institute, The Netherlands [1994], and Ing. Arch. Diploma from the University of Belgrade, Serbia [1992]. Before joining The New School in 2005, he held teaching and research appointments at the University of Texas at Austin [1998-2005], the University of Florida at Gainesville [1995-98], and at Kyoto University in Japan [1996-97].