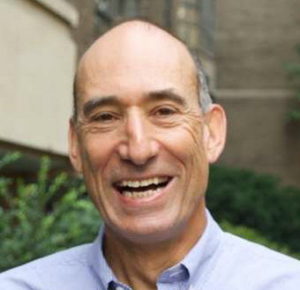 Executive producer of Feet in 2 Worlds, John Rudolph is a radio journalist with more than 35 years experience as a program host and producer of documentaries and news reports. John produced the award-winning documentary Feet in Two Worlds: Immigrants in a Global City, which was the debut for the Feet in 2 Worlds project. Since 1999 he has worked with WNYC to chronicle the life of the city in programs such as Six Months: Rebuilding Our City, Rebuilding Ourselves, a documentary series that explored the impact of the 9/11 attacks, and New York in Black and White: The Sixties, Civil Rights and the Ocean Hill-Brownsville Crisis, named “Best news special/documentary, First Place” for 2000 by the New York State Associated Press Broadcasters Association. He produced and hosted Culture Lessons: Stories of Students at Manchester Central High School, winner of the 2007 RTNDA/Unity award. This documentary, produced for New Hampshire Public Radio, tells the story of a public high school with a large immigrant and refugee population.