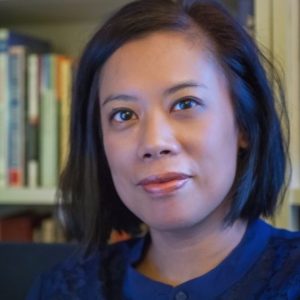 Jocelyn Gonzales, Technical Director and Senior Producer of Feet in 2 Worlds, is a freelance radio producer in New York City. Her work has been featured on WNYC News, Studio 360, Soundcheck, Marketplace, Weekend America, Sound Money, Radiolab, Musicians Radio, Ear Studio, the Bowery Poetry Club, Minnesota Public Radio, Strange Music and Re:Sound. She was part of the team that created Studio 360, and she was the producer for Dish, Now Hear This! and The Conversation on WNYC. Jocelyn is a full-time faculty member at NYU’s Tisch School of the Arts in the sound design department, and was the principal advisor to the campus radio station, WNYU AM/FM, for several years. She is also a podcast producer at The New York Times.