The New York Public Library for the Performing Arts (Partner) 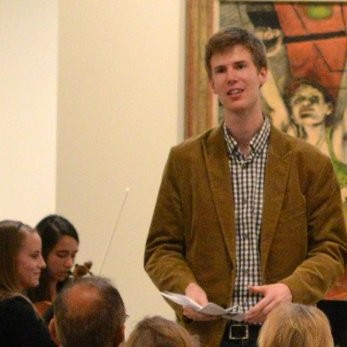 As a modern and baroque cellist, Evan has recently performed with the New York Chamber Music Festival, the New York Classical Players, Da Camera of Houston, La Follia Austin Baroque, Ensemble Alles Barock, Chamber Music Tulsa, in addition to chamber music concerts and recitals at the University of St. Thomas, the University of Texas at Austin, and the University of Houston.  Evan enjoys performing in the cello sections of the Tulsa Symphony Orchestra, including a recent performance as guest associate principal. In the summer of 2010, Evan was an artist in residence at the Grand Teton Music Festival, as a member of the Red River String Quartet.

From 2009 – 2013 Evan taught cello and pedagogy at the University of St. Thomas in Houston, Texas.  Evan is also a past faculty member of Houston’s High School for the Performing and Visual Arts and the Preparatory and Continuing Studies Department of the University of Houston Moores School of Music.  Evan has worked with school districts, including Houston ISD, Klein ISD, and Humble ISD, to help integrate music and art into their curricula.