Intro to The Institute for Transformative Mentoring (ITM)

The Institute for Transformative Mentoring (ITM) is a dynamic new training program focused on the development of credible messengers working in the social services fields throughout New York City.  Credible Messenger mentors are community members with relevant life experience and social capital that give them the authority to challenge the norms and change the thinking of those with whom they work.  In the justice context, Credible Messengers come from the same neighborhoods as the participants they support, have a history of justice-involvement themselves, and are engaged in their own healing and transformation. These mentors help young people navigate community violence and avoid the criminal justice system.  Credible messengers are gaining systems-level recognition in New York City as an effective strategy to reduce crime and criminal justice involvement.

The Institute for Transformative Mentoring is based at The New School and offers an intensive, semester-long training course.  The Institute is intended to help credible messengers heal and enhance their practical skills so they are healthier, more knowledgeable and better able to help others.  ITM is structured using restorative justice practices and interactive learning to support participants in engaging deeply with the material and each other.

Indigenous cultures from around the world have gathered their communities in circles for all occasions. Celebrations, conflict resolutions, decision-making, story-telling and relationship building are some reasons why these indigenous societies would Circle. The Circle itself reflects the principles in which these societies operated where every member of the community is equal and connected. The Circle assumes a universal wish to be connected to others in a positive way. These ancient traditions believed no one can be “thrown away”. Every person, every creature, every object is connected. These principles not only embody justice and equality, these societies believed in the strength of the collective. Every member of the community has something valuable to contribute. Shared mutual respect for all things living is integral to a healthy world and to an effective restorative practitioner.

The talking piece is extremely important for restorative practices. The talking piece is an object identified at the beginning of the circle. This Circle is a space where only one-person can speak at a time. The person holding the talking piece is the only person who can speak. The use of a talking piece allows for full expression of emotions, deeper listening, and thoughtful reflection without feeling rushed or fearing interruption. The talking piece allows people who generally do not speak up to engage but also allows any person the option to pass on speaking. The talking piece is always passed to the left and moves around the Circle. This is important especially in conflict resolution Circles because we do not want those in conflict to talk back and forth with each other. The time spent passing the talking piece around allows for some reflection time between things said by the grieving parties. Also, sometimes members of the community can make observations or bring new perspectives to the discussion. This practice is also conducive to the learning in our class because it requires students to process their own ideas instead of just reacting. 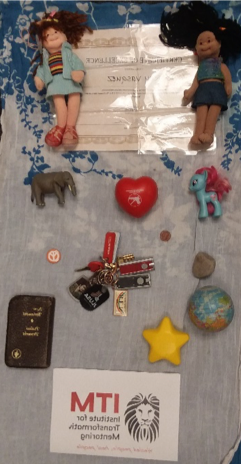 In this case, Walden Anderson’s talking piece is this bible. His mother gave it just before he decided to turn himself into authorities; it took 25 years to return from that long walk to the precinct. Throughout his horrifying yet transformational journey, he has kept this bible with him. When he thought all hope was gone, he looked to that bible and its symbolism of the hope and strength his mother had when she gave it to him and found the will to move on. However, when he returned his mother had passed on. Like his mother’s spirit, the bible stays with him. 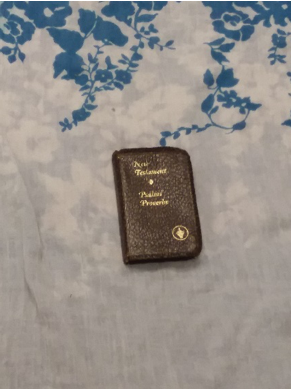 Tyree Hicks wears purple beads on his wrists as a significant reminder of why he is dedicated to helping under-resourced youth by guiding them away from violence and the criminal justice system. Tyree’s cousin and best friend, Teflon, died right in front of him. Gunned down by a rival gang member, Teflon still had the presence of mind to try and direct his friend away from the violence that took his own life. Teflon took off his ever loving purple beads and told Tyree that he has to find another way as he handed them to Tyree. Now, Tyree wears the actual beads, but he also has the image tattooed on his wrist. So when he uses the beads as a talking piece, he still has them on his wrist by virtue of the tattoo. 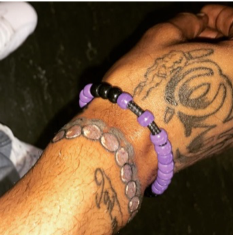 Another critical component of Restorative Practices involves consensus decision-making. Consensus does not require enthusiasm for the decision or the plan, but it does require that each participant is willing to live with the decision and support its implementation. Building consensus generally takes more time during the decision-making process but usually takes less time during implementation because everyone is committed to the final decision. Not all Circles involve making decisions, but if they do, a restorative model believes in consensus. Consensus challenges participants to speak up if they do not agree with a solution and suggest a solution that everyone can accept. This inevitably leads to a better collective decision. 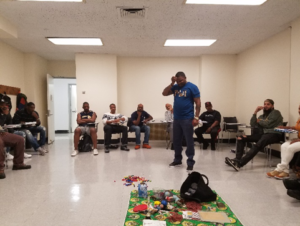 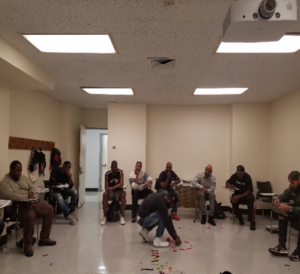 The guidelines of the Circle are commitments or promises that participants make to one another about how they will behave in the Circle. The purpose of guidelines is to ensure that every member of the Circle feels safe to talk openly and honestly without fear. It is only when people feel safe that they can truly open-up and that vulnerability is vital and must be treated with great care and respect. It is in this openness that healing and understanding is realized and why restorative practices differ from western models of healing and connectedness. The guidelines are not imposed by the facilitator, rather the circle keeper ensures that there is consensus in the Circle about the community guidelines. The guidelines should come from what participants want to give, as well as what they want from others in the Circle. 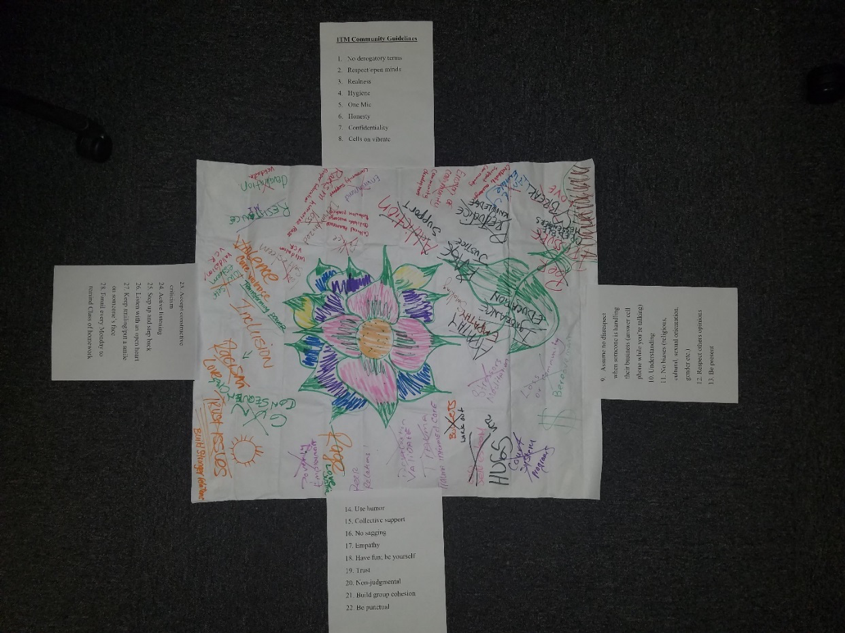 Through consensus, these guidelines are for everyone to follow. This ensures that people are aware of everyone’s needs and encourages people who often have unmet needs the opportunity to make the Circle safe for their own development.

ITM partners with a Ramapo for Children for a trip outside New York City. Ramapo offer ropes courses and other physical experiences that participants work through while building communication skills, teamwork and problem solving. During the retreat, Credible Messengers develop strong bonds with each other, which is another critical aspect of successful pro-social peer mentoring spaces. 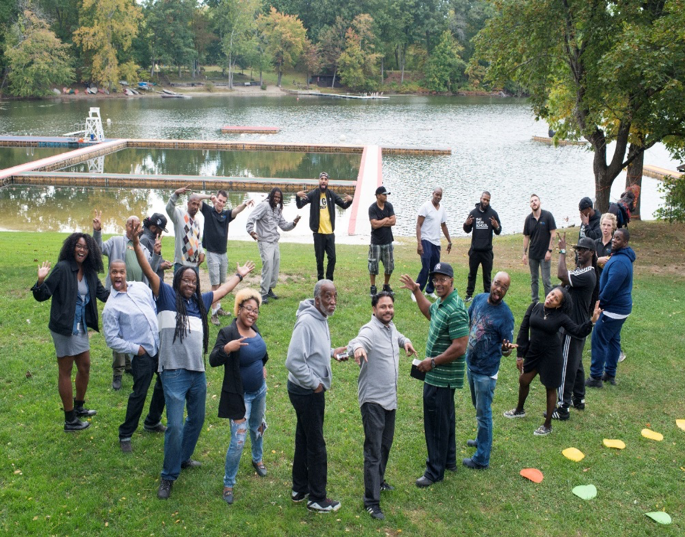 Record-breaking performances at Ramapo for Children for the Leaning Tower of Pisa exercise and the Traffic Jam challenge – critical thinking games. ITM students have shown exceptional problem-solving skills that they have gained from their life experiences. 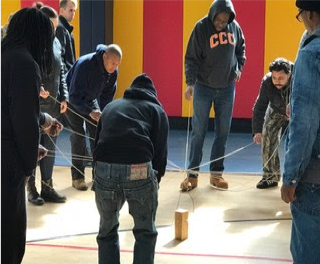 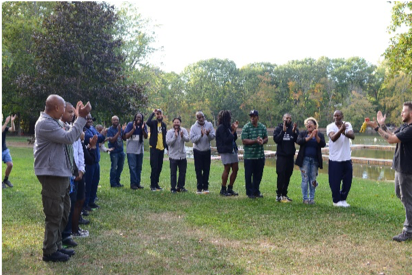 Set-up: Divide the Circle into pairs. If odd number, allow one group of 3. In their pairs, they should answer the following questions. One-person in the pair will volunteer to go first, then the other pair will follow.

In your pairs please take turns asking each other the following sets of questions:

What were you thinking of at the time?

What have you thought about since?

Who has been affected by what you have done? In what way?

What do you think you need to do to make things right?

What did you think when you realized what had happened?

What impact has this incident had on you and others?

What has been the hardest thing for you?

What do you think needs to happen to make things right? 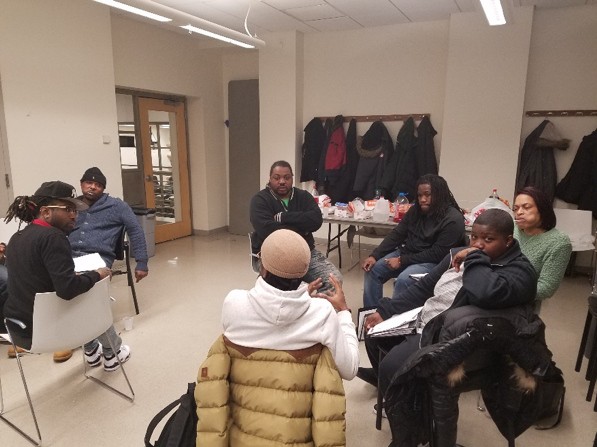 “Hurt People, hurt people,” said Gerard Cambell – ITM Student. “I know I harmed a lot of people during my youth. I was in pain. But now I am trying to restore the harm I brought upon my community. I wake up every morning and ask myself, how can I bring more healing into this world. I now believe, healed people, heal people”.