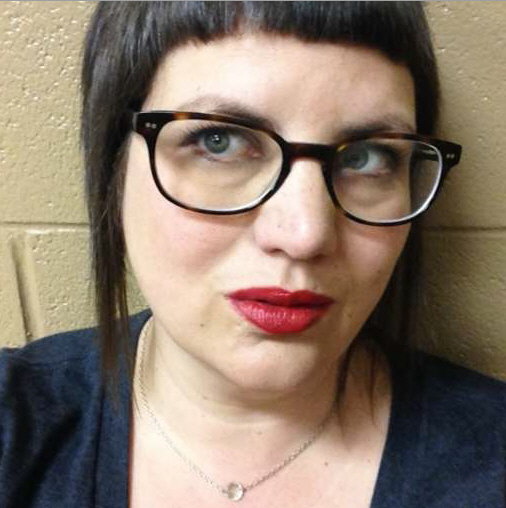 Tanya Kalmanovitch is a Canadian violist, ethnomusicologist, and author known for her breadth of inquiry and restless sense of adventure. Her uncommonly diverse interests converge in the fields of improvisation, social entrepreneurship, and social action with projects that explore the provocative cultural geography of locations around the world. Based in Brooklyn, Kalmanovitch’s layered artistic research practice has rewarded her with extended residencies in India, Ireland, Afghanistan, Turkey, and Siberia.

Named “Best New Talent” by All About Jazz when she emerged from New York’s vibrant downtown scene, Kalmanovitch has continually stretched the boundaries between classical, jazz and improvised music. The Irish Times called her “an exceptional musician,” writing that her music possesses “austere beauty and remarkable unity between the written and the improvised.” She completed her conservatory training at the prestigious Juilliard School only to debut as a jazz violist with the Turtle Island String Quartet soon after. Her stylistically fluid recordings have garnered critical acclaim. Hut Five (2003) was hailed by the Montreal Gazette as “an exceptional recording.” Heart Mountain (2007) with venerated pianist Myra Melford won France’s “Choc” award and topped many critics’ year-end “Best of” lists. Pianist Ethan Iverson (Do The Math) praised her most recent release Magic Mountain (2016) with fellow violist Mat Maneri as “an exceptionally surreal and beautiful performance.”

Kalmanovitch’s career has become a broad platform for artistry and advocacy. She has been an invited speaker at the Society for Ethnomusicology, Carnegie Hall, the Initiative to Educate Afghan Women at Georgetown University, Columbia University, and National YoungArts Week, among others. She was drawn to ethnomusicology as a way to explore the ways in which music can speak to the world’s biggest problems and earned her doctorate at the University of Alberta. Kalmanovitch’s fieldwork on the globalization of Carnatic traditions in Chennai, Dublin, and Amsterdam has been published in World of Music and New Sound. In Istanbul, she reworked themes in Song Books for the John Cage centenary to reflect growing resistance movements. Her two residences at the Afghanistan National Institute of Music in Kabul resulted in at total of 15 public performances, panel discussions, workshops, master classes, collaborative rehearsals and a student exchange with the United States. Her work has been featured in numerous publications including Canada’s Globe and Mail, the Irish Times, the Boston Globe, Time Out New York, Jazz Times, and DownBeat, as well as on air for the Canadian Broadcasting Company.

Kalmanovitch has shown her commitment to education through her dedicated teaching practice for over a decade. She has given master classes at Woodstock’s Creative Music Studios, the Banff Centre for the Arts, London’s Guildhall School of Music & Drama, the Estonian Academy of Music, the Royal Conservatory of The Hague, the Royal Irish Academy in Dublin, and the Helsinki Pop & Jazz Conservatory. As a faculty member at the New England Conservatory since 2006, she played a leading role in new initiatives in the school’s departments of Contemporary Improvisation and Entrepreneurial Musicianship. In 2013, she joined the faculty at Mannes School of Music at The New School New York City, where she is an Associate Professor, Affiliated Faculty with the Tishman Environment and Design Centre, and a fellow of the Graduate Institute of Design, Ethnography and Social Thought.

Kalmanovitch is currently performing in duo settings with pianist Marilyn Crispell as well as in a collaborative trio with pianist Anthony Coleman and accordionist Ted Reichman. She is developing the Tar Sands Songbook, a documentary theater play that tells the stories of people whose lives been shaped by living in close proximity to oil.