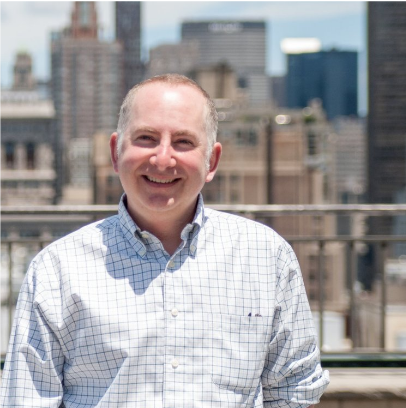 Artist and designer Ben Rubin was named Director of the Center for Data Arts in January, 2016. Rubin’s innovative applications of media and information technology have been seen at museums, public spaces, and performance venues around the world. Rubin’s best-known work includes the media installations Moveable Type (2007), a permanent artwork for the lobby of the New York Times building, and Listening Post (2002); both installations were created in collaboration with Mark Hansen. Rubin’s groundbreaking projection design for Arguendo, a play by Elevator Repair Service, earned him an Obie Award in 2014. In 2013, with Mark Hansen and Jer Thorp, Rubin co-founded the Office for Creative Research, where he led many data visualization design and user interface projects. Rubin’s design clients have included Microsoft, EES Surgical Instruments, HP, and IBM, as well as architects SOM, Pelli Clarke Pelli, DS+R, and Ennead. Rubin received his BA in Computer Science and Semiotics from Brown University in 1987, and his MS Vis. from the MIT Media Lab in 1989.