Sweet Generation, a social venture that provides youth job training and supports arts education, has expanded its online bakery platform by opening a storefront bakery near St. Mark’s Place. The project launched a highly successful IndieGoGo campaign and was awarded “Best Cupcake” in New York City by the Village Voice, as well as being featured in Bravo TV’s “Blood, Sweat & Heels” reality show.

In the last year, they launched a wholesale division with NYC clients, Madison Square Garden Cafe and THINK Coffee, which will allow them to triple their business. They now have a total of 9 staff and plan to grow to meet this new demand, as well as expand to a new off-site production faciltity. Most recently, they were featured in an episode of ABC’s The Chew and were also accepted for the Net Impact Service Corps program, wher they will be matched with a team of pro-bono professionals, who will focus on marketing and strategy. 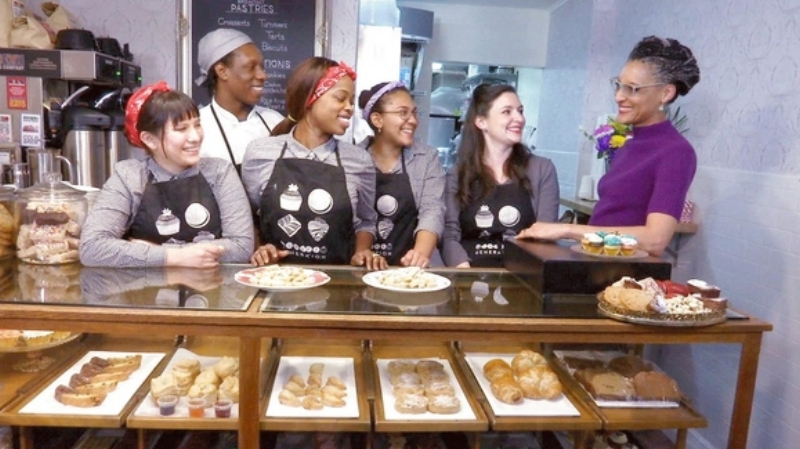 In terms of their social mission, they have honed their focus on youth job training. They have now served over 20 young interns through a program for at-risk youth and hired three of these individuals as part-time workers at the bakery. they also continue to support several arts education organisations, including The Center For Arts Education, project Art, She’s The First, Theatre For A New Audience, and more.